Public Relations again in the spring of 2018 to complement its marketing and communications efforts, and to promote the company brand in advance of its 100th anniversary as a family-owned business in the Capital Region. Its leadership team was seeking ways to celebrate the company’s history of community involvement, outstanding customer service and success as a third-generation dealership.

Baker Public Relations devised a campaign called “100 years of Giving Back,” which kicked kick off on Giving Tuesday – the Tuesday after Thanksgiving – with a news conference announcing gifts of $10,000 each to 10 Capital Region nonprofits. With the help of Baker Public Relations’ media outreach efforts, the announcement at the Glenville, NY, dealership drew significant print, radio and television coverage, and even greater social media activity. Representatives from all 10 recipient organizations attended the event. More than 75 people, including invited dignitaries, were in attendance.

The first check presentation to the Autism Society of the Greater Capital Region at the organization’s annual gala was livestreamed on Facebook and remains preserved on the Mohawk Honda Facebook feed. The video drew more than 30,000 views in three short weeks. Due to Baker PR’s advice to spread out the check presentations over 2019, the dealership continues to get positive press mentions.

Mohawk Honda also announced that its team of nearly 200 employees would donate 10,000 of their time to community service projects in 2019. This set the stage for the activities that would take place throughout 2019, the anniversary year, including a community appreciation day at Mohawk Honda, a service-dog appreciation night, an employee and family appreciation picnic in the fall, large check presentations with each of the donation recipients, and more. Baker Public Relations efforts include event planning and management, media relations and marketing.

Baker Public Relations laid out a strategy for success and has led Mohawk Honda’s leadership team throughout the early stages of the campaign. 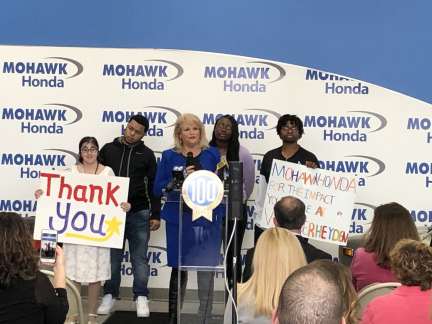 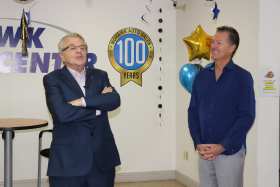 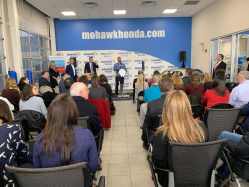 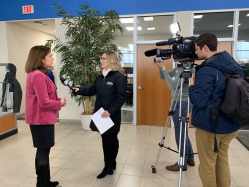