Baker Public Relations has been agency of record for

Creatacor Inc, an exhibit design, fabrication and trade show management provider in Clifton Park, N.Y., since 2012. In that time, the Baker Public Relations team has focused on a combination of media relations and marketing efforts including the monthly development of internal and external newsletters.

In February 2019, we expanded our scope of services to help the Creatacor team promote the LEGO® Americana Roadshow, a free 17-day traveling event showcasing iconic American landmarks including The White House, U.S. Capitol, The Statue of Liberty, The Liberty Bell, and The Lincoln Memorial, all made out of LEGO bricks. This traveling roadshow was exhibited in upstate New York for the first time with its residency at Crossgates Mall. Creatacor has had a long-standing partnership with LEGO Systems, Inc. and has been responsible for installing and managing the LEGO Americana Roadshow experience across the country for the past four years.

While the goal was to promote the exhibit to drive traffic to the event, it was also an opportunity to highlight Creatacor’s work in the market.

The LEGO Americana Roadshow is an example of infusing experiential marketing with brick and mortar retail to create a mutually beneficial partnership between brand and retail property. Mall retailers thrive during the run of the Roadshow, as the event is known to generate holiday-like traffic and sales in traditionally slower sales times of the year.

Playing off the spirited nature of the LEGO® brand, the Baker PR team used a variety of fun tactics to get the word out including hand delivering media materials to news outlets while in LEGO® costume as well as the creation of a time-lapse video of a LEGO® mini-structure being built by our founder’s kids. A media preview was coordinated as well as a ribbon cutting ceremony with regional dignitaries to open the exhibit. Notable placements for the event included Chain Store Age, Exhibitor, Spectrum News, WTEN, WNYT, WRGB, Two Buttons Deep, 518 Bites & Sights, Times Union, Albany Broadcasting, Albany.com and The Altamont Enterprise. 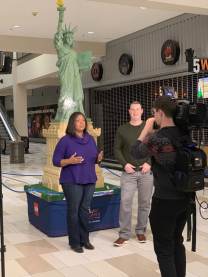 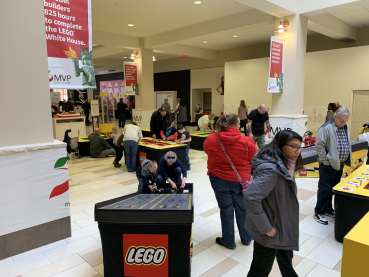 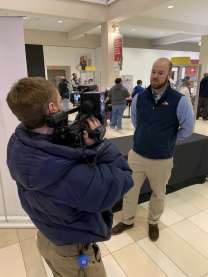 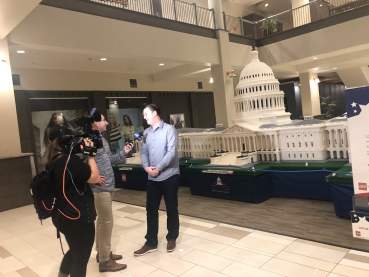