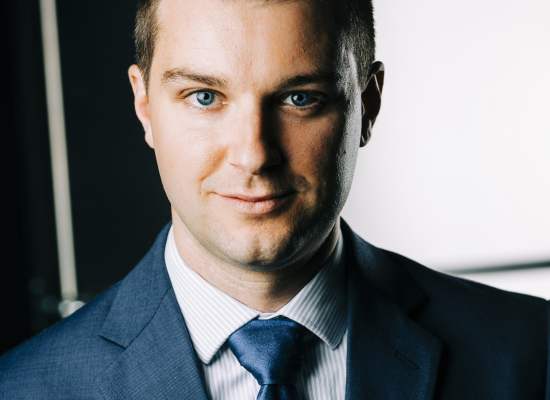 Barry joined Baker Public Relations in the fall of 2018 working with clients to design and execute cutting edge public relations strategies using the latest in video and communication best practices.

With two New York Emmy nominations under his belt for the anniversary coverage of Tropical Storm Irene and his tongue-in-cheek series Wygel at Work, he spent six years as a television reporter for Spectrum News in Albany and Syracuse before transitioning to the field of public relations.

As Creative Services Manager, Barry works with all clients to effectively communicate with their customers, employees and stakeholders in mediums proven to be most impactful. Using video, infographics, animation, podcasts, graphic designs and even AR and VR he is able to meet each client’s specific needs.

Barry, a Capital Region native, is a graduate of Shenendehowa High School and SUNY Oswego, where he received a degree in journalism with a concentration in broadcasting and double minors in history and political science. He is also the author of The Source, a thriller novel.

When he isn’t in the office, chances are Barry is in the sky piloting an airplane with his wife, Carolyn or traveling somewhere warm. In June of 2020 the two welcomed a baby girl to their family. They live near Saratoga Lake and raise chickens for their farm fresh eggs.